ConEmu’s Tasks are used to store predefined commands or shell’s command lines to run them anytime later by name or hotkey.

When you need to create a tab you may type long command line with dozen of switches:

Task is a simple way to start several shells in tabs or splits/panes.

At last, Tasks are the only easy way to run several tabs or preconfigured splits at once. 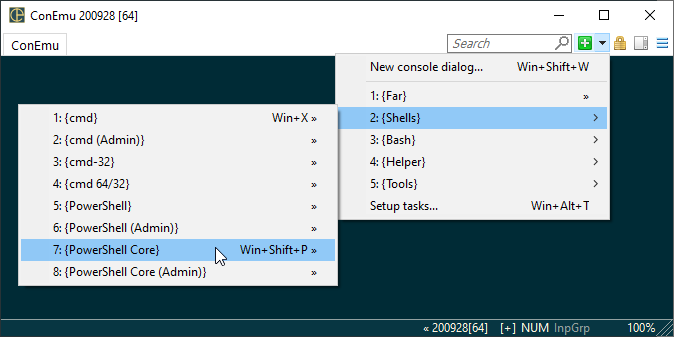 Tasks may be configured in the ‘Settings’ dialog.

A Task is an instruction or set of instructions what and how ConEmu shall run in its ‘slots’ (tabs or splits).

ConEmu-Maximus5 is a terminal or a kind of container for whatever programs you might want to run inside it: console applications or simple programs with self graphical interface (ChildGui). They are typically a shells like cmd.exe, bash.exe, powershell.exe, editors like notepad++ or even another terminals like mintty.exe or PuTTY.exe.

And ConEmu has tabs and splittings (à la screen/tmux, but handled at the GUI level). So you can have different programs running in each of those ‘slots’.

Each Task has a Name. For example {Far}, {Shells::cmd}, {Bash::Git Bash}, etc. Enter the name without curly braces, they are added automatically. You may access the Task either by its full name {Shells::cmd} or by a short name {cmd}, if there are not conflicts in short names.

One or several actual commands to run, it contains: Usually you put here a name or full path to your program, e.g. bash.exe.

Also you may put here the names of other single-command tasks (nesting). For example, my {Startup} task initializes nested ssh-agent and starts Far Manager at once.

You may assign a ‘hotkey’ to each task to have the task started in a simple keypress when ConEmu has focus.

This field may contain some optional switches like startup directory or icon. These switches have influence over all commands defined in the task. You may use here a subset from ConEmu command line switches: 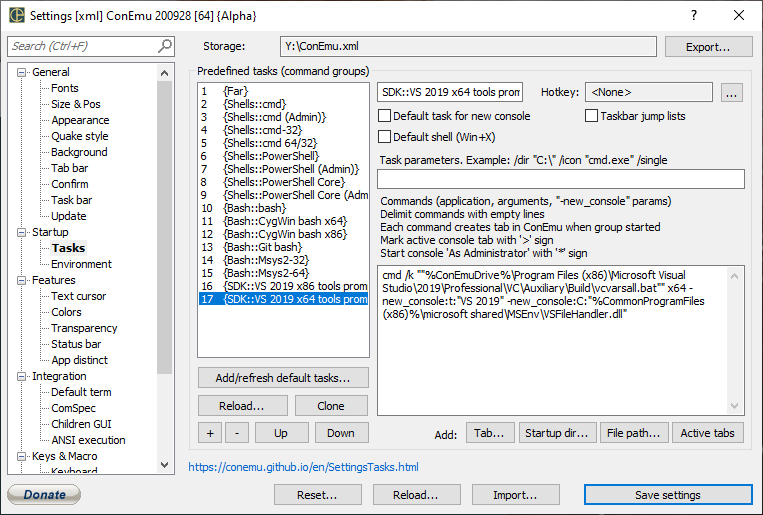 Tasks are configured in the Settings dialog. Don’t forget to save them after changes!

Tasks may be used in the following places (as an example, we will use a task named {cmd}):

The ConEmu Jump list may be configured here too. Set up a list of tasks in the field of ‘ConEmu arguments for Jump list’ You can optionally specify the icon that is displayed in the Jump list, for example

and working directory, where new process will be started, for example

NB Switches /icon and /dir must be typed in the ‘Task parameters’ field, but not in ‘Commands’. If you run several shells from one task, you may specify icons and working directories for each shell using -new_console switches in the ‘Commands’ box.

Ensure that option ‘Taskbar jump lists’ is checked, and go to Settings/Task bar. Check there ‘Add ConEmu tasks to taskbar’ and (optionally) ‘Add commands from history, too’. Than press ‘Update Now!’ button.

When you want to create new task absent in the default tasks list you need to know:

Where you may get required information?

In most cases you may open properties of shortcut created by any installer. Just find the shortcut, right-click it, and choose ‘Properties’. 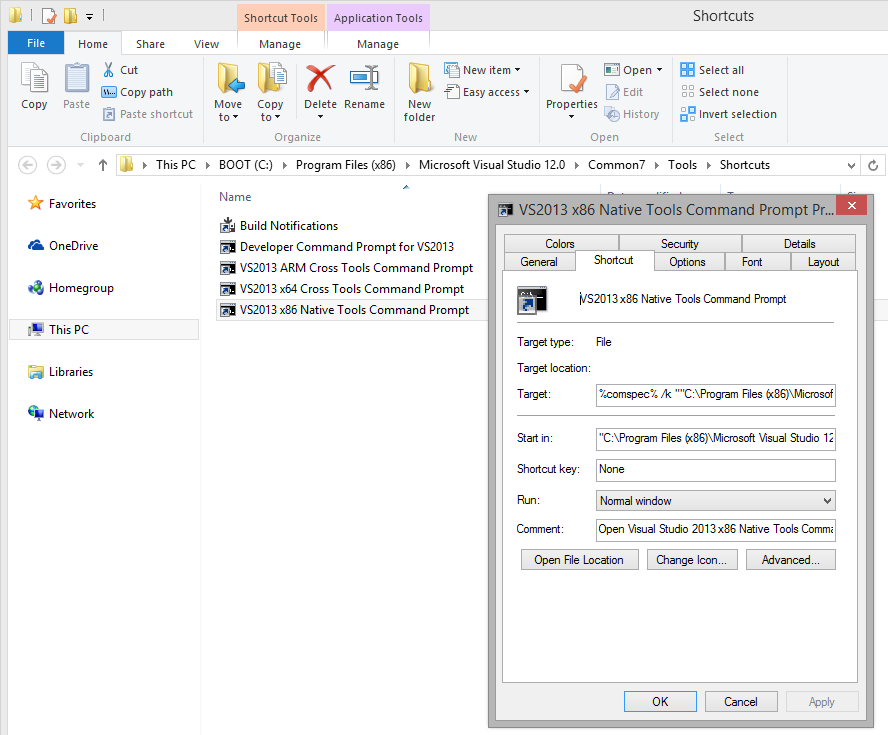 Finally, the task for VS prompt is ready. 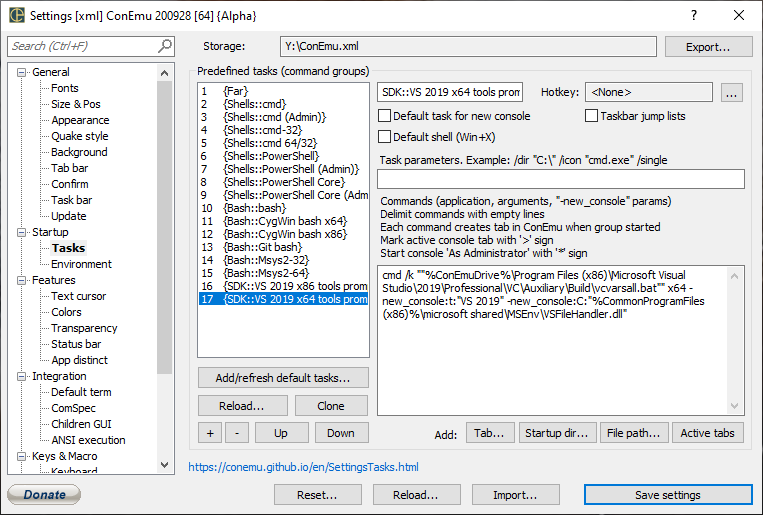 If there is no shortcut for that shell

Sometimes, if the shell is started from another program you may use ProcessExplorer or ProcessMonitor to detect which command is started, arguments and the working directory.

If you can’t do that, just google for alternatives. For example it is hard to find proper arguments for NuGet console started from Visual Studio because VS do not start powershell.exe but run powershell host internally. Just google! For example:

Often the ‘Default Task’ generated by ConEmu for well known shells and toolsets is the only proper way to run your shell in ConEmu, otherwise you may get unexpected shell behavior which ConEmu can’t ‘fix’.